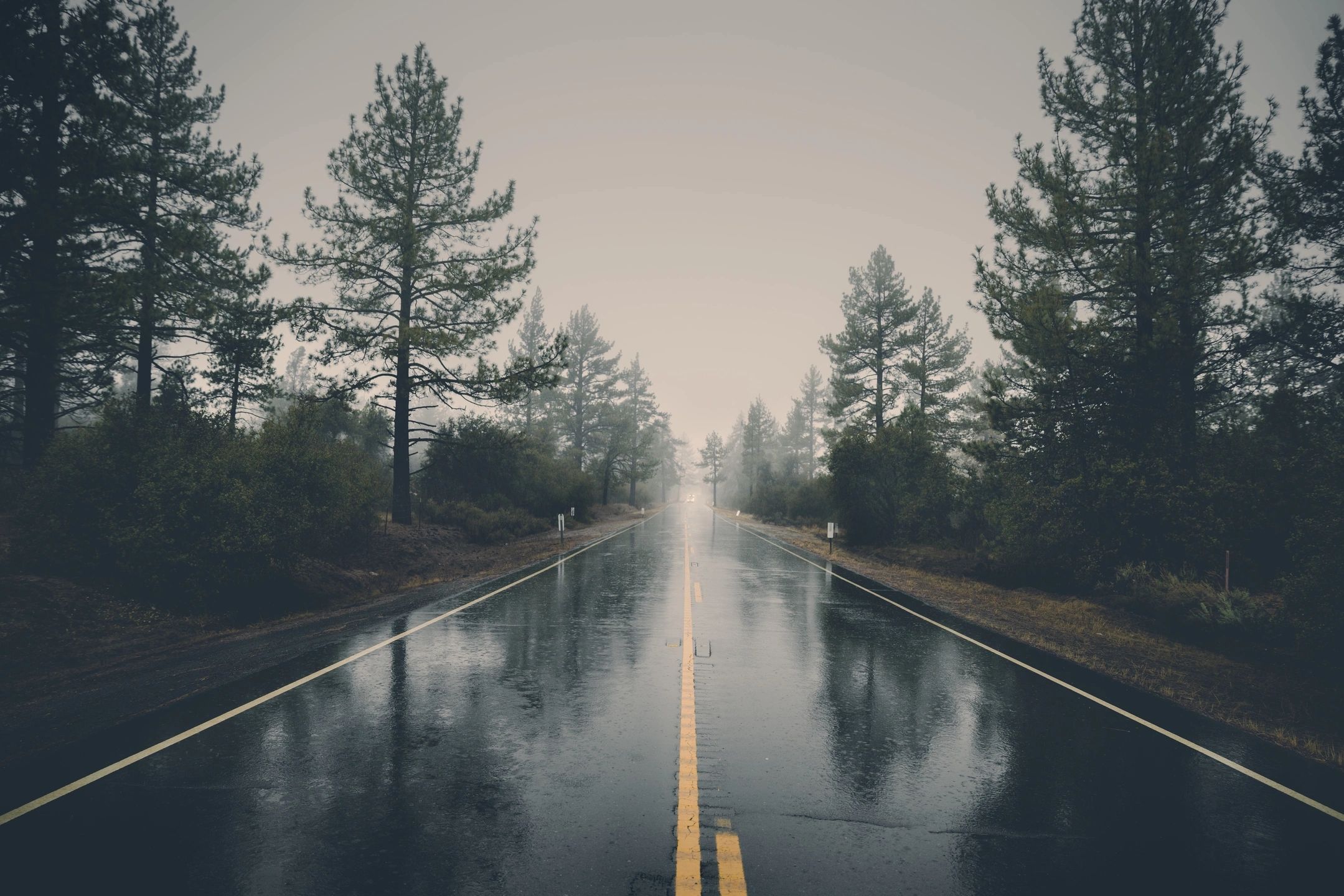 Understanding and addressing racism is a must for educators and community members. In my own community, like many others, there are times when injustice rises to the attention of the public. This is often followed by outcry, defensiveness, and possibly, some type of moving on, which may or may not accompany necessary change. In this post, I’ll reflect on how these response patterns may relate to shame as well as white supremacy culture.

While racism impacted schools and communities before the pandemic, COVID-19 and other events in 2020/2021 have led some individuals to recognize the need to do more. Trauma-sensitive educators must work together to understand and address racism in their own communities and at school. Each and every student and staff member needs to be safe, feel safe, and learn without barriers getting in the way (as much as possible). This requires diving deeply into not only understanding others but also self in relation to the ways inequity has been and still is causing suffering in society.

Questions About Understanding and Addressing Racism

As you engage in this multi-layered work, perhaps you can relate to questions like these.

I have been reflecting on answers to these questions while co-creating an upcoming online class called Understanding and Addressing Racial Trauma with Eriece Colbert (M.A.). Eriece is an experienced classroom teacher, instructional coach, and adjunct professor who is a racial and social justice advocate. Learn more about our course below or by following the link above.

These questions have also been on my mind in relation to recent events in my community. It has led to additional questions too. I’ll explain both in more detail.

Recently, at least one student in my community created a racist social media post. Other youth joined in and shared it. This caused considerable harm. As a result, students, family members, educators, and community members shared emotions while grappling with understanding and addressing racism. Local media outlets covered the story. The school district made statements, as did the mayor. Layers of trauma influenced dialogue throughout the area and beyond.

Responses to the posts ranged from “These are kids and this is turning into a bigger deal than it needs to be!” to “This is an example of racism in a racist community. Not enough has been done before so what’s being done now?” In this way, some comments (and protests) insisted on reflection, conversation, and much needed change. Others minimized what happened. Some responses may have cultivated shame—sometimes directed at the minors who engaged in the behavior. Other times, harm targeted those who were already traumatized or advocating for justice.

Watching these community events unfold led to additional questions for the above list for educators who are learning about understanding and addressing racism.

Educators must ask, “What can we do to help everyone be aware of how shame can get in the way of understanding and addressing racism? And, what can we do to address shame without it becoming an excuse to center white people (and their comfort) or silence those who are justifiably upset about people being harmed?”

Brené Brown (2018) has written extensively on shame and how it unravels connection. In Dare to Lead, she explained that shame can cause humans to avoid honest conversations and the vulnerable emotions that go with them, feel defined by challenges or failure, blame one another, look for quick fixes for complex problems, or engage in perfectionism.

People struggle with shame personally but also collectively. Shame is deeply linked with trauma, including racial trauma, and can influence culture.

Folks can address shame-based problems with what Brené Brown described in her book as specific courage-building skill sets. These include what she called rumbling with vulnerability (and embracing the suck), living into our values, braving trust, and learning to rise.

In my own work of collaborating with educators to build trauma-sensitive schools, I often differentiate between shame and guilt in my training seminars. I explained this in my (2019) book Building Trauma-Sensitive Schools too.

Shame is the visceral experience that makes people want to hide their eyes and crawl into a hole. It goes with feeling like you are a bad person who deserves bad things. Shame is toxic and hard to regulate, which is why it is so damaging to individuals, relationships, and systems. Trauma often causes shame. As such, new shame can trigger trauma responses. Some people sink into shame. They tend to feel like horrible people, withdraw, or hurt themselves one way or another. Others struggle with it so much that they avoid it by finding ways to numb their reactions. Addictions are an example. People may also push shame onto others, hurting them. Many folks do a combination of these things.

Guilt, on the other hand, is the feeling that goes with knowing you’ve done something unhelpful and need to make it better. It’s healthy and absolutely necessary because it goes with accountability. Humans are imperfect and sometimes treat one another terribly. Guilt is what helps folks be aware of the impact of their actions (whether intended that way or not). It can motivate them to repair harm and learn from mistakes in order to do better next time.

When thinking about how individuals respond to harmful behavior from self or others, including injustice like racism, it’s important to support guilt (when matched to the situation and the degree of harm caused). At the same time, working through shame is important because it’s not just a potential detour on the road to accountability and healing. Shame can actually damage the path to justice and the people on it. It’s also why punishment is often not very effective and can cause harm.

The Power of And

How, then, can educators and community members move beyond shame when it comes to injustice without compromising accountability? Embracing the word and can be helpful. It means acknowledging complexity and supporting guilt that encourages groups or individuals to dismantle racism.

Here are a few examples.

Actualizing these truths is far from easy, and it often doesn’t feel comfortable along the way. It’s why Brene’ Brown said that we need to embrace the suck.

After a suggestion that came in dialogue with trauma-informed and equity-centered educator Alex Shevrin Venet last summer, I’ve read and reflected on Kenneth Jones and Tema Okun’s (2001) Characteristics of White Supremacy Culture. Specifically, I revisited their ideas while observing my community struggle in response to the recent events.

Importantly, white supremacy culture isn’t only something that people in radicalized groups believe. It’s part of white culture (think whiteness) in general, and Resmaa Menakem ( 2017) called it white-body supremacy. He explained it much like Carla Shalaby (2017) who said, “…there is poison in our shared air.” The toxin of racism is there whether folks are aware of it or not, and it impacts everyone with or without individuals’ awareness too. Understanding, addressing, and dismantling racism is crucial for trauma-sensitive educators.

Understanding, addressing, and dismantling racism is crucial for trauma-sensitive educators.

I see white supremacy culture as described by Kenneth Jones and Tema Okun (2001) interacting with shame to influence my community’s recent responses in multiple ways. Three of those include perfectionism, urgency, and defensiveness, which I’ll explain below, especially in relation to myself.

Shame is in my community. Some may have been afraid to say anything for fear of hurting relationships or “getting it wrong.” Others may have doled it out while looking for someone else to blame so they didn’t have to sit with shame stemming from their own role in white supremacy culture. What these teens did was not okay, and it’s a symptom of a much deeper (and wider) problem. I am part of that problem, especially as a white person. As such, I must own responsibility for what happened. So should others. I’m also responsible for learning from this harmful series of events and must take collaborative steps that will help prevent things like this from happening again in the future. I’ll continue my own learning by joining others who are already leaders in racial and social justice advocacy.

Some community members seem to be landing on quick statements in hopes of visible right now results, especially if those words also separate themselves from the problem (as well as the shame that goes with it). Instead, it is important for individuals to recognize the complex role they have played within systems (along with others) and what their next steps are for joining those who are leading the way for freedom. I could have done more to advocate for equity-focused work in our community before this happened. As I keep doing more now, I must not do it alone, nor rush it at the expense of quality work. Instead, I commit to the thoughtful, collaborative, and longterm process of dismantling racism.

I have noticed defensiveness in multiple directions and have felt it myself too. While I don’t want to be perceived as part of the problem by having contributed to racism in my community, I have contributed (as others have). What’s absolutely worse than my image as a contributor to racism is the trauma and harm that racism causes. I would rather be present with the truth about injustice so I can be an active participant in making it better. It requires knowing that I have already made mistakes and will make new ones too. I promise to use my feelings of defensiveness as a cue for recognizing that new understanding on my part may be needed.

After reading more about white supremacy culture, consider what other characteristics could be at play in communities like mine that are responding to racism. Please consider sharing your ideas in the comments.

Ultimately, educators, youth, and community members need to understand, name, stop, and help heal trauma that stems from racism. That’s accomplished by unpacking the layers of complexity that go with whiteness in our society, communities, systems, groups, and individuals. That whiteness is white supremacy culture, and it’s what created and perpetuates racism. Again, the point isn’t shame but guilt (when warranted) and action for justice while honoring the feelings and needs of those who are suffering.

“Remembering the Future I’ll Never Have”

Kierkegaard said, “The most painful state of being is remembering the future, particularly the one you’ll never have.” It’s what happens as I unpack who I am as a white person because I’m learning and unlearning so much. Seeing things differently often feels uncomfortable. I experience new layers of guilt as things once held dear are understood differently in relation to others’ harm. With this awareness, the future will never be the same. It can’t be. This is painful and liberating. Such is the process of truth, self awareness. and conscious transformation.

Oh, what a more beautiful, just world all educators and community members can contribute to in committing to the work of understanding and addressing racism—not for just a moment in hopes of fixing a problem quickly so shame can be avoided. Rather, it’s in that one-step-at-a-time complex journey that requires looking inward as well as out where genuine change can be imagined, co-created, and celebrated.

Holding space with you, 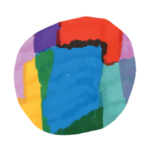 Get updates in your inbox.

Artwork for the site was purchased for use from Iveta Vaicule.
© 2005 – 2021 – Ms. Jen Alexander. All Rights Reserved.
Menu
Top